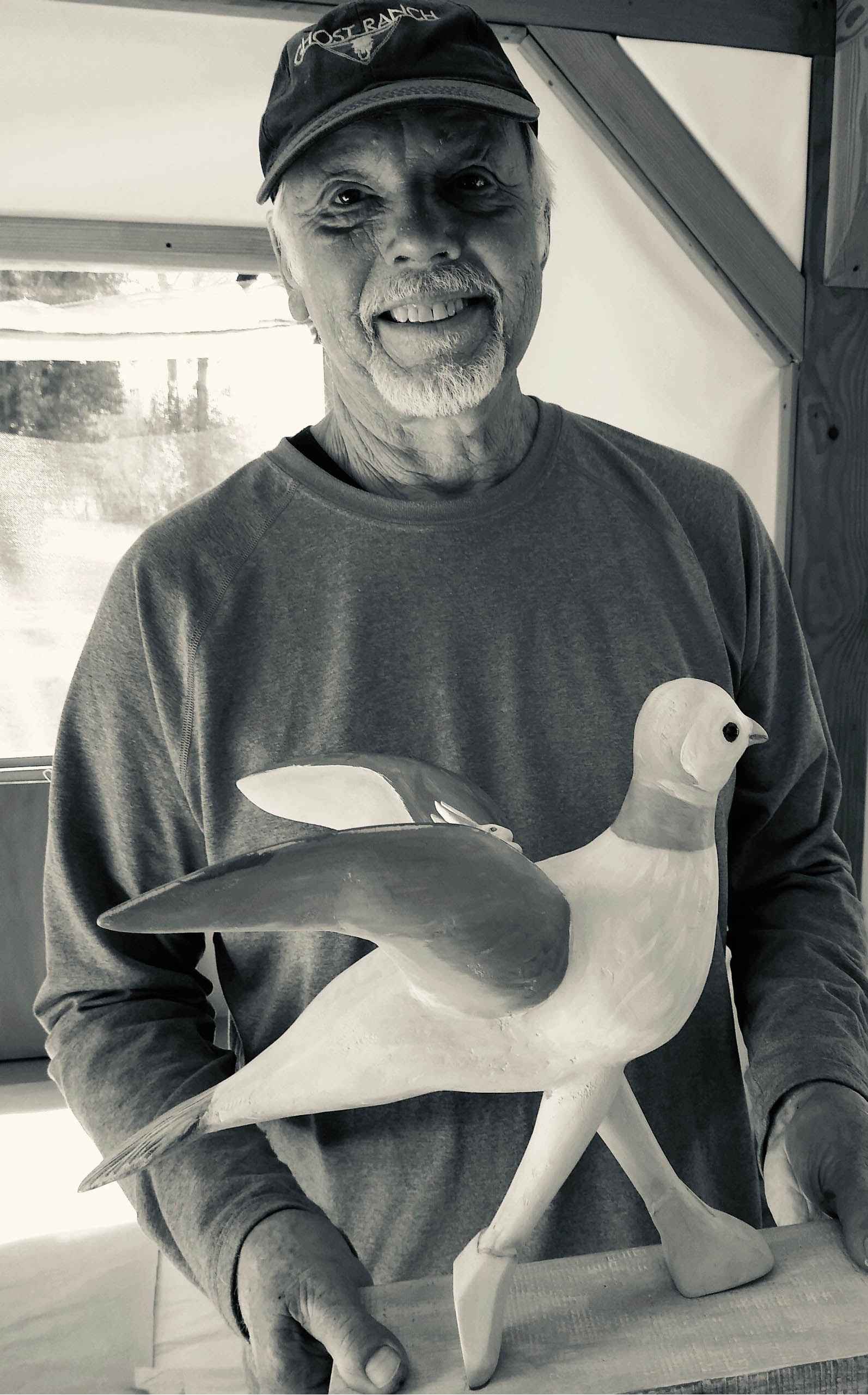 Stan Peterson is a self-taught woodcarver who has been exhibiting his art in Portland since the 1980s, starting in what is now the Pearl District, but more when the area looked like Southeast Industrial does today, and the smell of wort from Henry Weinhard’s brewery still wafted through the streets. He’s had a show in Portland every 18 months since. Always a walker from his early days as a mail carrier in SE Portland, and to travels far from home, Stan continues to be on the lookout for “moments of significance” which tell a story.

He does memory paintings in gouache of sights, both real and slightly surreal. From these, he constructs and carves wood sculptures as wall tableau or as narrative figures standing without backgrounds. Stan also has a fascination for birds and flight. He enjoys carving small flying owls and pelicans, a Crater bird with a single egg, and even a Mourning dove with 9 cats on its back. Sometimes, the carved birds have long legs and shoes for walking with their human counterparts.

Stan has been exhibiting his carved and painted figures since 1981, when William Jamison (Jamison/Thomas Gallery), gave him his first solo show in what was to be the Pearl District in Portland.  Since then his work has been exhibited and collected nationally. He carves basswood with hand tools and uses a variety of colorants for finishing. The only power tool used is a bandsaw, with the remaining cutoffs often becoming handheld “rescue dogs”. His work is outside most common categories.